Following the formation of the Youth Hostels Association (YHA) of England and Wales in 1931 it was soon apparent of the scope and interest for local YHA members to form local groups. It was thanks to Lawrence Morris that our group became one of the first local YHA groups in the UK. The forming of the Harrow, Wembley and Watford YHA group was first conceived in 1934, before starting in 1936. During the war, the area covered by our group was reduced when members from Watford set up their own group.

In June 1936 members of our group noticed a large empty house in the village of Ivinghoe, near Tring in Buckinghamshire. It was owned by Benskins of Watford, who had closed the adjacent brewery and left the house empty. After a long period of negotiations (which resulted in a rent of 5/- a year being accepted), and many working parties through the following winter and spring, the house was renovated by members of our group and became a YHA hostel opening its doors for the first time at Easter 1937. Since 1936 the group has used a few venues for its weekly Thursday evening meet.

The immediate post war years saw a great boom in cycling and many weekends were spent awheel. Our members enjoyed events such as digging the cess pit at Jordans and Christmas parties at Hemel Hempstead. Members also started a group magazine, the Wemrow Wayfarer, that continued into the nineties until computers, the internet and email became commonplace. Joy Connell provides an insight into our post war group (banned magazine articles, anal processes, overnight stays in police cells, "creeping in at midnight", and strip poker) and our magazine in Those Were The Days. Ralph Chenery describes cycling, the 1951 Festival of Britain and our range of activities in The Roaring 40's and Gay 50's. Joyce Slade presents a very detailed account of our groups first complete post war decade in The Fifties. All first hand accounts.

In 1951 a young man joined our group who was to provide a back wheel and a helpful push to many members who proclaimed them selves to be cyclists. To date Reg Dean is probably our groups most loyal of members being active with us well into the eighties and a life member until he passed away in 1997. Reg Dean wrote about some of his key experiences with our group in the fifties and sixties in A Quarter of A Century with Harrow and Wembley YHA Group.

1957 saw our groups 21st birthday with 120 members celebrating our 'Coming of Age Dinner and Dance' at the Century Hotel, Wembley. Our group, however, split afterwards over money problems and it wasn't until 1961 that membership was strong again, luckily in time for our 25th birthday dinner and dance at the Railway Hotel, Wealdstone. The group continued to prosper for most of the sixties with busy membership, entry and success in many YHA events and many hostelling weekends for its active walkers and cyclists. The group remained 'happening' until the end of the sixties. Robert Ford describes the era in The Swinging Sixties.

With our first 25 years behind us, a period of success and strength in numbers seemed to prevail. In 1962/63 our group won the YHA London Region Bednight Shield for the first time. Since that first success our group has won the shield on every occasion that it has entered. We distinguished ourselves in many YHA events during the sixties with successful rides in the Milford '100' Reliability Rides, sore but successful feet in the Tanners Hatch and Ridgeway Marathons, and good finishes in the West of London Groups Rally at Ivinghoe which is an event started by members of our group. Travel to hostels was usually in the back of a 'big blue van' and if you ever got the train home when cycling you were never allowed to forget it, were you Bob and John! Over the years of course the YHA and its hostels have changed. Trevor Key remembers some of his hostelling and YHA experiences in Gone, But Not Forgotten. With the end of the sixties and the departure of many long established members, our group went through some hard times with membership dropping to 35 and as few as 8 people turning up on a Thursday evening. 'Avoiding the Treasurer' became a hard game to win. But with a lot of effort from a small number of people better times came again and within 4 years our membership was back to over 100 and the group once again become one of the strongest in the country. The 1979 AGM records a paid membership figure of 113. 1976 saw our groups 40th Dinner and Dance at the Headstone Hotel. 160 people attended with the YHA Chairman John Parfitt being the guest speaker. Following this our group had its fair share of success with its first victory in the Ivinghoe (West of London) Groups Rally and continued success all the Bednight trophies. The washroom at YHA Jordans was refurbished with money largely raised by our group and in 1986 a 50th birthday BBQ was held there. Dave Ford reminisces about the group in the late sixties and seventies in Towards 2001. Mark Grant recalls the late seventies and early eighties in Wemrow in the 1980s - Any Different to the 1930s?. 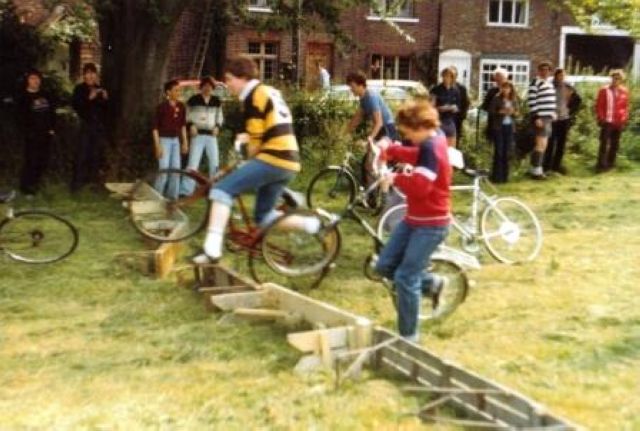 Current membership of our group reflects the changes in our local communities of North-West London. Our group is ethnically diverse and has equal numbers of girls and guys with a common aim of enjoying a range of outdoor activities in the company of others. Walking, weekends away and weeks away form the core of our groups outdoor activities and after 12 months all members are required to contribute to our two events programmes each year.

Finally, here are some quotes from our past 70 years or so.